Abstract: Cyber-Physical Systems (CPSs) are smart systems that include engineered interacting networks of physical and computational components. They integrate computation, communication, sensing, and actuation with physical systems to fulfill time-sensitive functions with varying degrees of interaction with the environment, including human interaction. This technological evolution is expected to bring tremendous benefits for the society and the economy, including improved productivity and efficiency, better flexibility and agility, and increased profitability. However, it also comes with increased cyber security risks, primarily deriving from the integration of the physical space with cyberspace or, from an industrial perspective, from the integration of information technology with operational technology. Thus, as in all cases of a major shift in computing paradigms, a number of cyber security challenges arise, that cannot be addressed by simply porting solutions from other domains, such as for example the ICT domain. In this talk an overview of such challenges, current practices for addressing them, as well as areas open for research in the field will be provided. 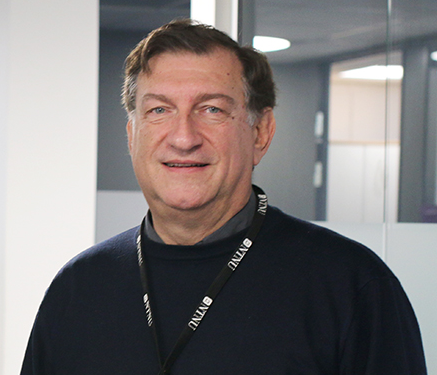 Bio: Sokratis K. Katsikas was born in Athens, Greece, in 1960. He received the Diploma in Electrical Engineering from the University of Patras, Patras, Greece in 1982, the Master of Science in Electrical & Computer Engineering degree from the University of Massachusetts at Amherst, Amherst, USA, in 1984 and the Ph.D. in Computer Engineering & Informatics from the University of Patras, Patras, Greece in 1987. In 2019 he has awarded a Doctorate Honoris Causa by the Dept. of Production and Management Engineering of the Democritus University of Thrace, Greece. He is the Director of the Norwegian Center for Cybersecurity in Critical Sectors and Professor with the Department of Information Security and Communication Technology, Norwegian University of Science and Technology, Norway. His research interests lie in the areas of information and communication systems security and of estimation theory and its applications. His research activity over the past 35 years has resulted in the publication of 41 books; 37 book chapters; 94 journal publications (of which 9 invited); and 131 publications in conference proceedings (of which 30 invited). He has participated in more than 60 funded national and international R&D projects in his areas of research interest. He is serving on the editorial board of several scientific journals, and has served on/chaired the technical programme committee of more than 700 international scientific conferences. He chairs the Steering Committee of the ESORICS Conferences.